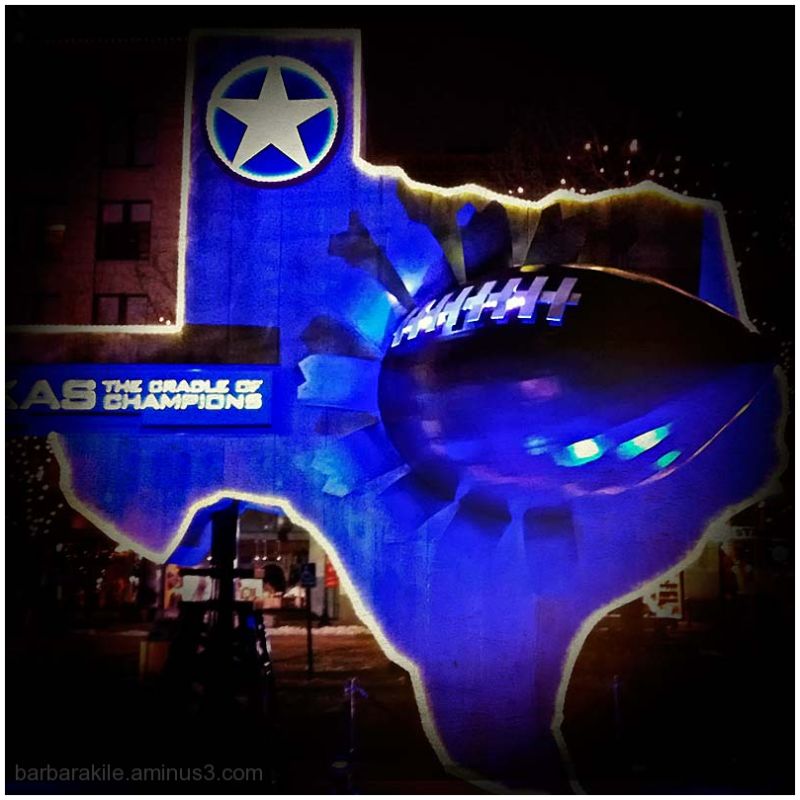 Posted by Barbara Kile (Ft. Worth, United States) on 4 February 2011 in Art & Design and Portfolio.

This is a monument in Sundance Square in Fort Worth, Tx honoring (names engraved on the back) all the Texas high school football players who have gone on to play in the NFL. This monument was constructed from scrap metal retrieved during the demolition of the old Texas Stadium. It's future home will be the newly renovated Amon G. Carter Stadium on the TCU campus. Hopefully, you have seen this monument during the ESPN broadcasts this week. I captured this with my iPhone last night when we decided to head downtown and join the crazies in Sundance Square!

It's Super Bowl week - and you can see the evidence of the snow/ice/sleet in the background of this image. Weather is improving, however, and North Texas has done a great job getting fans and players where they needed to be.

Great shot...you are a brave lady to get into that crowd of "crazies." Hope you enjoy Superbowl Sunday.

@DULCIE: Game of minimal interest - but the excitement around here was fun!

@Nigel: The blue lights were already on it, so took advantage. Thanks.